Jupiter and Makemake Across the Crowded Sky ~ 23 Jun 2022

Across the crowded sky from one another stand Jupiter in Aries and the dwarf planet Makemake in Libra. Makemake bears the lore and essence of the primary deity for those who were native to the island of Rapa Nui, also known as Easter Island. The rich lore of Makemake proclaimed the island was under the navel of the Universe. Curiously, the island is well positioned, more or less below the Galactic Center for especially easy access to the free downloads of our galactic core.


Since Jupiter refers to long distance travel, I decided to check flights to Rapa Nui... an island five hours west of Santiago, Chile by air. This turned out to be quite an effort. Flights and ships to the island are not at all frequent. If one decides to make the quest to seek out the beauty and archaeological and cultural essence of Easter Island, it ends up being quite an adventure.


Makemake refers to the main deity of the Rapa Nuian culture and detailed an arduous propitiation to the god, involving physical stamina and capability as well as the will and discipline for isolated contemplation with the Creator.


In terms of orbital elements, Makemake’s heliocentric node is Gemini and his perihelion Aries. An agenda of creating belief in self within the mechanisms of the Universe is implied. In the real world it’s a matter of conjuring press that one can truly believe about capabilities and talent.


Curiously, within the planets engaged in opposition, both come closest to the Sun in the middle of Aries. Jupiter’s perihelion is 15 Aries 21; Makemake’s lines up at 14 Aries 54 (both degree notations are heliocentric). Resultantly, both planets maintain similar priorities, in fact, urgency regarding the importance of honest self confidence. Both bodies encourage self prioritization, self fulfillment, self confidence and a clear perception of personal can-do formidability.


How cool is this? The northern and southern hemispheres of Earth are linked through this opposition. With this aspect in place, an invigorated, adrenalin-rich sense of what is within ones grasp and capabilities emerges. For fun, here’s a picture of some lucky horseshoes - things with which Jupiter is familiar - and moai icons designed to look like those found on Easter Island.

A movie came out in 1994 that depicted ceremonial goings on common on Easter Island. RAPA NUI, produced by Kevin Costner, was a remarkable film with a currently relevant, surprise theme that unfortunately, few people watched. It’s truly worth viewing.


In the movie, the islanders cut down trees... pretty much all the trees to serve as a means to roll huge carved stones to their ceremonial positions on the island. Next thing you know, the island became pretty much shade free. An interesting question appears here. How far should people go to propitiate their God (or gods)? Can all resources be consumed in the interest of devotion? Does faith imply that which was consumed and takes time to replace magically reappear? Similarly, how much resource can be devoted to cultivating skills and talents? Should applied resources be unlimited? True that it takes money to make money, but where should a “get off the craps table” mentality kick in? Ever? Never? Rhetorical, intangible interrogatives indeed. This is a critical theme of Makemake.


Being a dwarf planet with an orbital period of slightly more than 307 years, it’ll be 2029 before Makemake reaches his perihelion in the sign in which he travels and then advance to engage Jupiter’s greatest solar proximity. Jupiter, with his twelve-year orbit, is another matter. Soon, as in early to mid-October, Jupiter conjoins the aphelion of Gonggong, then the aphelion of Eris while squaring the perihelion-aphelion axis of Sedna. The combo platter insists that one set their life upright from akilter. Focus upon what you need to thrive in the real world and what makes you feel whole and sustained within your abilities. Take steps to ensure you include yourself in life and that you do things that encourage others to want to invite you to all the best goings on. Figure every whack or snafu or topsy-turvy occurrence maintains the agenda of getting you down the road toward your objectives and aspirations more smoothly and swiftly. Figure this time intends to reset your inner galactic gyroscope and kick the can of life down the road... perfectly in your own lane at your personal optimal velocity.


Jupiter aligns with the perihelion of Makemake in the third week of January of 2023 and his own perihelion in the first few days of February 2023. Here the recognition that retreat for deep contemplation and respites away from the maddening crowd can be good for what ails you. These reorient your alignment with the cosmos and your personal inner metronome. Eliminating distractions and useless minutia clears the way for assembling life details that contribute to a clear big picture. Then, each step contributes to the heaping up of good things.


So what do you reckon you’ll use to petition the cosmos... the lords of the galactic dominions and more... to make them aware of what you’ve cultivated in life thus far? It’s time to propitiate with the belief, and better, the knowing that all that is expended feeds into the flow of that which can become. Truly, as 2023 rolls around the proof of the pudding of this transit of faith, belief, devotion and doing will emerge. Use this time to consider far off places, whether on planet Earth or in Galaxies far away. Ponder what insights might come your way while in such exotic locales. Focus on exotic, foreign thoughts. Familiarize yourself with the unimaginable and imagine how you, with the impeccable insistence of the guidance of above can apport awesome aspirations, literally and figuratively, from thin air.


Last week a wild fire raged through the Kitt Peak Observatory complex in southern Arizona. The initial reporting is that five non scientific structures were destroyed - a close call for a significant set of our eyes and ears on the heavens. Of late wildfires in northern Arizona broke out in the vicinity of Flagstaff, Arizona, near the home of Lowell Observatory, the discovery location of Pluto. Let us be ever mindful of the delicate balance between human existence and nature and may we all play a conscious part in the utilization of planetary resources as to treat them with care, respect and understanding. 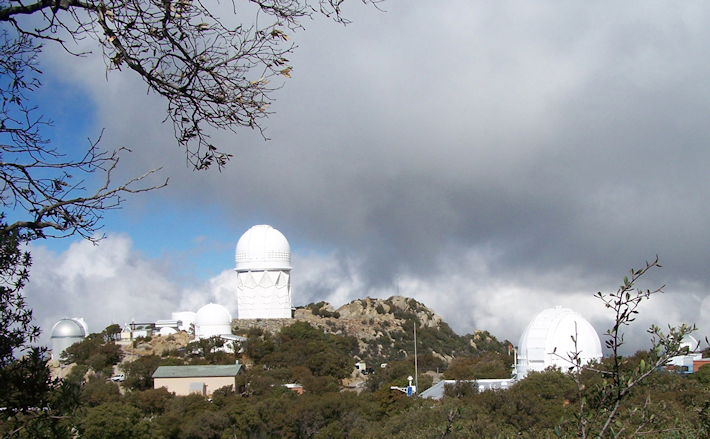 
Realizing the times are tough economically, I’ve decided to offer a short, quick means of getting pointed astrological information at an affordable price. Of course, full sessions and multiple sessions can be booked. If you are in a situation where you need a consultation and would like to create an interest-free payment plan, please e-mail me directly. Here are the Inflation Busters, valid through the the time when the Sun transits frugal Cancer:

Don’t forget to check out the film activities below. Festivals begin reporting their selections in August. Stand by for METEORIC to screen in a town near you!

Note: All donations to this site are reported as income for tax purposes.